The king of collectibles furnitures in L.A.

Nick-Metropolis, the king of collectable in Los Angeles
Nick-Metropolis has been an icon in Hollywood for over 25 years selling to the stars and want to be stars……….Driving south down La Brea, it’s impossible to miss the crazy carnival of ephemera at the corner of South 1st street. The huge, maze like home and its lot are brimming with movie souvenirs, casino slots, unusual props, strange toys, fairground curios and almost everything else you can imagine. At the center of it, behind a tchotchke-covered desk, is Nick Metropolis. “Yes, that’s my real name,” he says, mentioning his Greek heritage and pointing to a handsome headshot from his acting days. Dapper in blue and wearing a tie with a lion’s head, a crown pin and a Pink Floyd button on it, Metropolis can be found at the house — a business that goes by the name the King of Collectible Furniture — seven days a week, attending to the endless stream of celebrities, tourists, production assistants and looky-loos in search of a life-size Elvis, a vintage telephone or letters that spell out “Hollywood.” His clients have included Bruno Mars, Lana Del Rey and Iggy Azalea — and, back in the day, Michael Jackson and Bill Murray. Like the wild love child of a Las Vegas casino and a Los Angeles strip mall, Nick Metropolis Collectible Furniture is filled to the brim with pop-culture relics. Owner Nick Metropolis—indeed his real name—refers to himself as the king of collectibles, and it’s difficult to dispute that title as you navigate a tent filled with a jumble of illuminated letters and a teetering tangle of Hollywood Sign knockoffs in this tight corner lot.
If you live in Los Angeles you probably know who Nick-Metropolis is or at least you have seen his amazing store on the corner of 1st and La Brea. It’s the one right on the corner, bursting with interesting Hollywood memorabilia, signs and furniture. I remember when I first moved to Los Angeles, I would drive down La Brea and would always think “I really need to check that place out”. Well, I checked it out alright.

Nick-Metropolis place is even more amazing once you start exploring it. At first there doesn’t seem to be any rhyme or reason to any of it. It’s a kaleidoscope of cool stuff. Deep sea divers helmet from some movie set here, a one of a kind lamp there and a huge metal dinosaur over there… but I think I have the system figured out. After much observation I think the inventory system is something like a flow chart. Step one: Does it fit here? If yes: Put it here. If No: Find another place. This leads to an amazing journey for all of the customers. It’s like a giant treasure hunt. However, if you are looking for something specific just ask Nick or anyone else and they know right where to go.

Nick-Metropolis himself is quite a treasure. I have gotten to know him over the last 3 or 4 months as I was building my mobile talk show thing. He is an amazing guy who knows everyone – from the homeless people he helps out on a daily basis to Hollywood superstars. Nick was generous enough to grant me an interview and he had some great stories to share.

Sorry about the sound quality it’s a bit low – one of the mics wasn’t working… still learning and still failing. 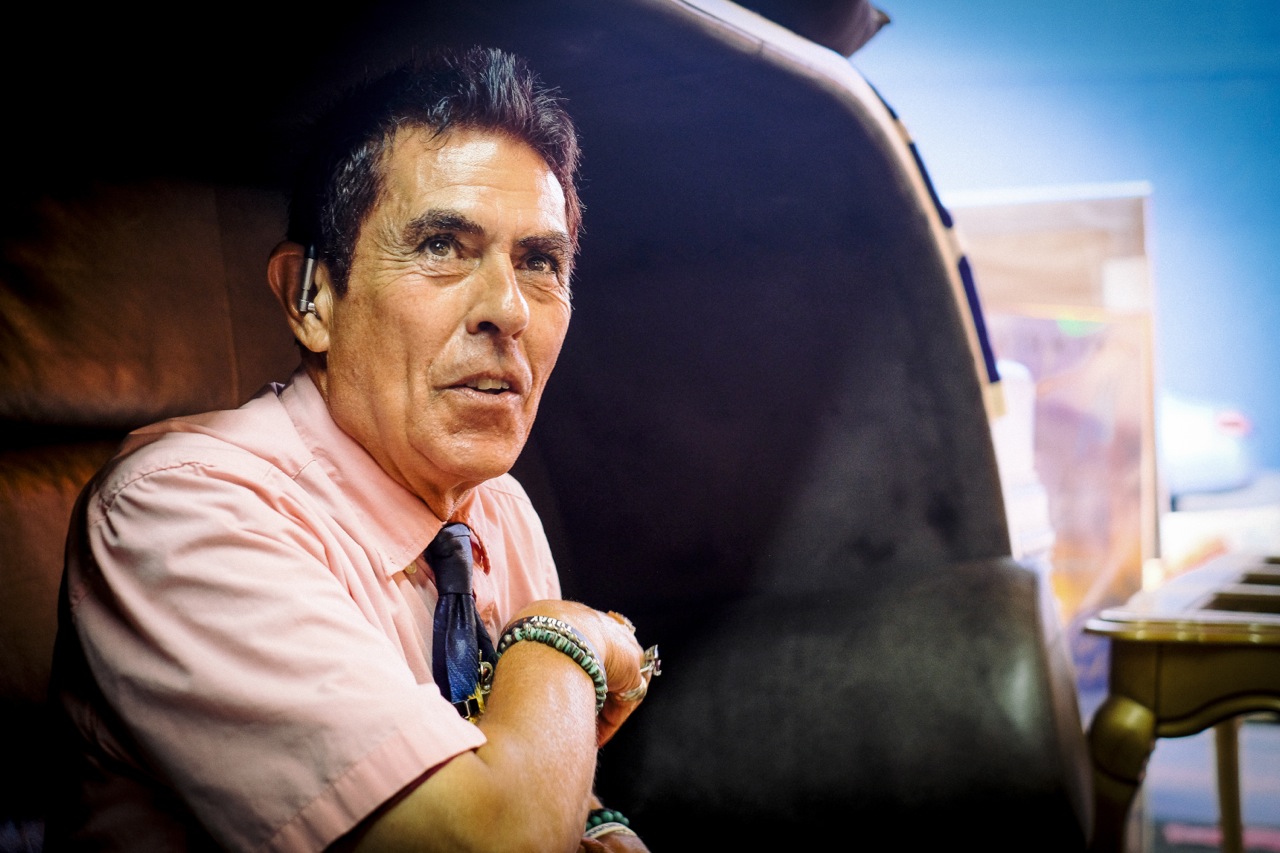